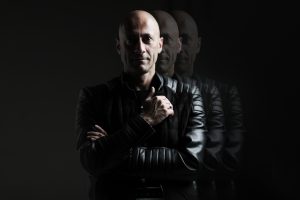 Before releasing his 2016 summer smash ‘World’, dj/producer Stifano already had a track record of roof-raising dancefloors all over Europe. His unique blend of deephouse, tech house,  techno and credible, clubby progressive has brought this veteran nothing but love from his audience.
Italian born dj/producer Stifano is a master at building any party up from scratch to unlimited hights. He first made name In the prime clubs in Italy.
His allround background makes him the surprising and skilled house dj that he proved to be in line-ups with fellow crowdpleasers Laidback Luke and Don Diablo.

Stifano’s accessible and energetic sound can be heard through an ongoing stream of self-composed and produced tracks, of which the most recent, ‘World’, was released on Play Records and got over 50 thousand plays within the first two weeks.